Menu
×
You are here: Home / Halloween Articles / Is Halloween Really Just For Kids?


No matter how adults dress up Halloween, many families (especially in North America) believe that it should still be a celebration for the kids. We owe this perhaps to the fact that Halloween is both a celebration of ghouls, ghosts and goblins and a celebration of strong family ties.

Before the advent of Hollywood-inspired costumes, Halloween was that time of the year in rural places in America for farmers to open their land to hunters. Halloween was a critical time in the year when hunting season was on, and hikers and vacationers began pouring in to pristine lands in the Northeastern region of the US.

Other times were but a footnote compared to the harvest period in the 19th century mythology in the United States. And various folk tales were often told as the harvest season loomed.

For a while, people were afraid of trick or treat sojourns into the night because of urban legends. These urban legends included:

– Poisonous treats given to kids.

It was a good thing when more and more homes opened their doors and gave out treats for children in the late nineties. This was a sign that children could now go out on Halloween night, meaning it was safe to roam around their neighborhoods. For adults, it was also a sign that there was nothing to worry about regarding their children’s safety on Halloween night.

Do people often stick to tradition? A lot of people are accustomed to supporting trick-or-treating because they believe that it shows the strength of the neighborhood has. If you believe that your children are in good hands of the adults expecting their arrival, then you must have a very pleasant neighborhood.

One of the most eminent American-cultured powerhouses is the unlikely school. During the time when conservative groups started losing grip on Halloween celebrations, schools started to support gatherings during fall. Such events encompassed:

The tradition is taught to children. However, in recent years, Halloween has become more and more about consuming Halloween-themed commodities than sharing solidarity with neighbors or enjoying the company of good friends and family in gatherings.

Halloween has turned so commercialized that large companies have taken advantage of this children’s festival. Companies pump out more and more products that people can enjoy not only during Halloween, but throughout the entire year.

From simple sweets and treats formed molded from several spooky characters like Count Dracula, Werewolves, fangs and snakes, to other children’s novelties, Halloween has erally turned into a commercialized event.

It is estimated that all products related to Halloween bring in a whopping $ 950 million a year. Thats not bad, considering that, some of these high-rolling products are merely trinkets. In the final analysis, Halloween becomes a training ground for children to become wise adult buyers and shoppers. 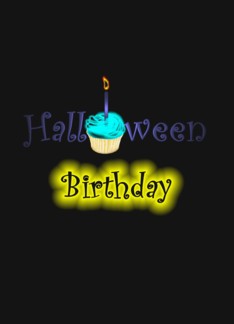